Coronavirus and the Hotel Industry: the Need for Authentic Leadership

There is a Need for Leadership in Terms of Authenticity, Community and Simplic

In a recent video message, Marriott CEO Arne Sorenson provided the hotel chain's associates with a frank update on the Covid-19 crisis. He informed them of the impact of the outbreak and measures taken by the group. The Marriott's business in China had fallen by 90 percent, he said, and was some 75 percent lower elsewhere.

In his short, emotional message, simply entitled ‘A message from Arne', Sorenson said that because of the impact of Covid-19, this was the "most difficult video message" he has made, adding that his team was somewhat concerned about producing a video because of his "new bald look" due to his medical treatments.

"In two weeks, I'll mark my 8th anniversary as CEO... I can tell you that I've never had a more challenging moment than this one." With the emotion clearly evident in his voice, he added: "There's simply nothing worse than telling highly-valued associates, people who are the very heart of this company, that their roles are being impacted by events completely outside of their control. I've never been more determined to see us through than I am at this moment."

In short, Sorenson had told it like it is. During a recent online forum, industry experts and hotel executives praised Sorenson for this leadership style. Moderating the session, HoCoSo chairman Jonathan Humphries emphasized the need for leadership in terms of authenticity, community and simplicity.

"Obviously all sorts of interesting leadership issues are being thrown up," said Chris Mumford, founder of Cervus Leadership Consulting. The video messages of Sorenson and other leading hoteliers had been ‘fascinating,' he said, ranging from the Marriott CEO's "very emotional message through to some which are not quite so empathetic. Everyone's making this up as they go along. It's unprecedented and none of this is easy. Some are going to get more things right than others."

Sean Worker, the former CEO of extended-stay business accomodations platform BridgeStreet, said that in the two dozen or so conversations he had had with CEO of major hotel groups and others, there had been a ‘wide spectrum' of reactions, ranging from ‘numb' to ‘planned'. As for business continuity plans, "some were brilliant, while others were ‘what's a BCP'?" With regard to communications with stakeholders such as employees and suppliers, he said, there is "oftentimes a lack of transparency, candidness and authenticity." "Some are doing it brilliantly. The Arne Sorenson story is pretty good but you expect that from Arne and the Marriott. Mostly Everyone else lives in the middle."

"Authentic, fast and frequent communication to the organisation has been a critical issue and a problem for most leaders," Worker added. Instead of reacting immediately to complex issues, business leaders should "breathe for maybe an hour," especially when trying to convey the reality of their situation to investors, now that probably their entire portfolio is underperforming. "We all know how investors react," he said. "Some are pros and get it; others react with less than positive behaviour, displacing that emotion back onto the operations as if this was their creation."

Worker, who is now the managing director of business advisory T5 Strategies, said he had been on calls where business leaders had decided they would hold back payments to suppliers. "That's like a house of cards" he said. "Who's left with the cash or no cash? So there's all this juggling going on and that's super stressful." And that, in addition to the challenge of trying to keep the business going.

"Authenticity is really the key because it gives you credibility as a leader and that's what people are looking for," said Alphy Johnson, president of International Hospitality Advisor. Business leaders have to be authentic in their communications, he said, and consistent. "You can't be telling one department one thing and another department something else, just because that's what they want to hear."

Communication "has to be honest. People can put up with honesty, they really can't put up with uncertainty or if they feel the person in charge is not really looking out for their interests. Yes, these are difficult times, and sometimes you have to lay people off. But if people understand the reasoning, they tend to be more understanding."

Turning to the topic of reputational risks, HoCoSo chairman Jonathan Humphries asked the industry experts for their views on how to tackle this testing time for companies. Johnson cited the example of the Nikko Beverly Hills which he had opened just before the Los Angeles riots in 1992. As a Japanese hotel, it had struggled to gain acceptance locally. "We did all sorts of outreach to the community," he said, but nothing had worked. Then, when the riots happened, he called the director of the nearby Cedars-Sinai Medical Center to offer rooms to medical staff who were unable to go home, saying that if they "need a place to stay, they're welcome to stay at the hotel and we'll not worry about the bill."

As a consequence, the hotel managed to establish itself as part of the community. "So it helped from that reputational viewpoint," he said, "and also selfishly it helped us because we were able to keep staff on board and active. After that we didn't have to do any outreach because the hospital, which has a great reputation in the area did our selling for us. It was a win-win."

As the coronavirus pandemic sweeps around the world, some hotels are currently either being effectively turned into medical wards, quarantine centres, or are housing medical staff who work in neighbouring hospitals. Jonathan Langston, Chairman of HotStats, noted "there's a lot going on in accommodating frontline health workers," through initiatives with the UK's National Health Service, "giving access to inventory not just for locational convenience, but also to keep vital people doing vital work who might otherwise have to self-isolate because of a family member or house mate's illness."

While some hoteliers might see this as opportunity, despite health concerns, John Wagner, co-founder of Cycas Hospitality, told the HoCoSo forum he was reluctant to gain any commercial advantage of trying to help out the NHS in the UK during the current crisis. "We're not a charity and my benevolence only goes so far," he said, "but these are circumstances that have never been experienced by humankind."

"If there was ever a time you should just step up and do the right thing, without regard to your own selfish interests, this is it." He said he would only be looking for enough money from the NHS to keep the lights on and pay wages. "Frankly, for the time being, that's enough. Later, if there's any benefit to come out of it, that's good, but you can't think that way. There's a greater need at the moment than that of the hotel business. Let's take care of the people that take care of us. That's the higher priority."

It is also important, he said, to take care of hotel employees. "We can't just treat them like a piece of furniture. Their health and families are also a major consideration." Volunteers would be sought for particular jobs rather than telling staff that they have to do it. "Trying to take commercial benefit of this is way down the priority list at the moment."

Wagner said most of his extended-stay hotels are still operating during the crisis, as they are categorized more as residences than hotels as such, and are starting to get NHS doctors, nurses and critical care staff staying as temporary residents.

In terms of authentic leadership, basic issues such as shelter, food and health should be at the top of conversation, Worker of T5 Strategies said. "Right now, it's a humane, fundamental community issue. Astute leaders are saying ‘I'm going to open this business and I want to make sure the great employees I need are taken care of during this time to the best of our ability and have the cash to keep the lights on. It's more than just commercial reputation."

A range of tools can be used by hoteliers to get their messages out quickly to stakeholders, he said, citing LinkedIn, WhatsApp and the ubiquitous smartphone. "You don't need a production crew like Arne had." Hoteliers can send out a short message to update staff on occupancy or keep them informed about developments. "You want to hear a positive, but you also want to hear the truth."

Psychologists have also been brought in to help connect with staff, he said, adding that a community board might also be useful in allowing people to discuss issues. "They're going to vent anyway so you might as well participate in it."

"It's the very simple stuff that makes a difference," Worker said, whether it's a birthday celebration or a note to say thanks. "As for reputation, these are the threads that weave the fabric that puts it all together to say they did the basics well, because ultimately we need top-notch, thoughtful teammates to come back."

That said, we have not seen the worst of the outbreak yet. "It's like this tsunami that's hitting a major shelf and jumping into the US, although not all the US is taking it as seriously as I think many other countries are," said Worker who is currently based in Spain.

Arne Sorenson, for one, is clearly taking the Covid-19 crisis very seriously and he, along with and other leading hoteliers, have already lobbied US President Trump for support. In his recent video message, Sorenson said he was still optimistic about the industry's prospects, despite the immense financial and health challenges: "I know we, as a global community, will come through the other side and when we do, our guests will be eager to travel this beautiful world again."

A message from the HoCoSo leadership team:

Like many of you, we have worked through numerous seismic events during our careers and we are total believers in the power of collective thinking in navigating uncertainty. At the start of this year, HoCoSo labelled 2020 as our Year of Community. We didn't realise then how important this ethos would be. As we watched from Europe as much of China's hotel market was shut down in a matter of weeks, we reflected on the Chinese character for crisis å±æº, the literal translation of which is danger + opportunity. So we launched HoCoSo CONNECT, to focus on opportunity; to work on solutions; and to support each other. Our Weekly Forum series brings together a focused group of industry leaders to debate what is happening and to find solutions. We are motivated by a sense of community, responsibility and urgency.

To the hospitality industry, we offer freely our time to be a sounding-board to support your internal discussions, planning and communications; and to work on practical solutions together. If you are interested, we'd be very happy to get around a virtual table so please do get in touch. Jonathan Humphries , Katharine Le Quesne , Irene Zijlmans .

About the Author - Stuart Pallister

After working as a television journalist in Asia and Europe for nearly 20 years for mainly CNBC and Asia Business News, BBC Radio and TV, European Business News, and McKinsey, Stuart switched to digital content development at INSEAD business school and the National University of Singapore. He then headed the Academic Editorial Content at Ecole hôtelière de Lausanne and launched its knowledge platform Hospitality Insights by EHL. 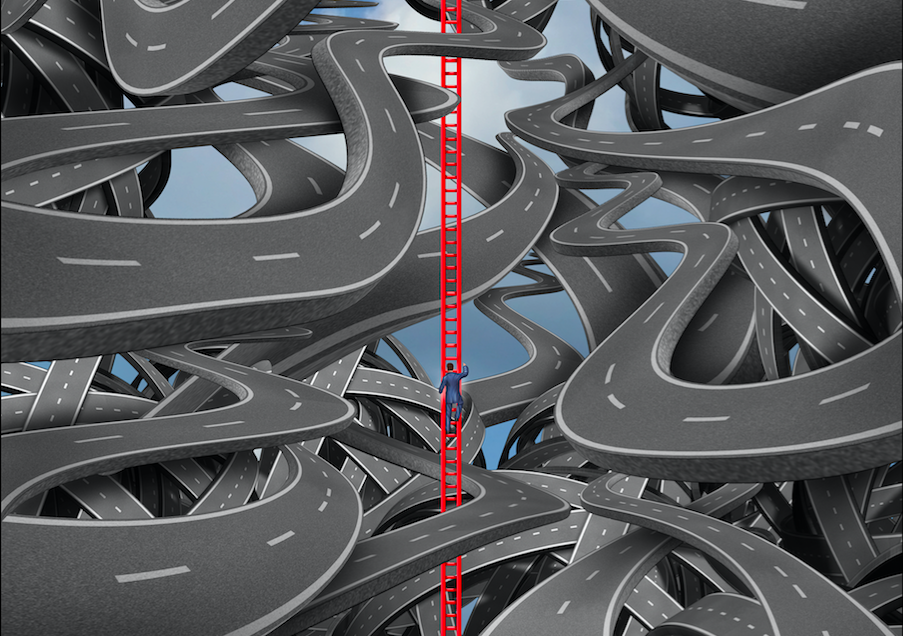